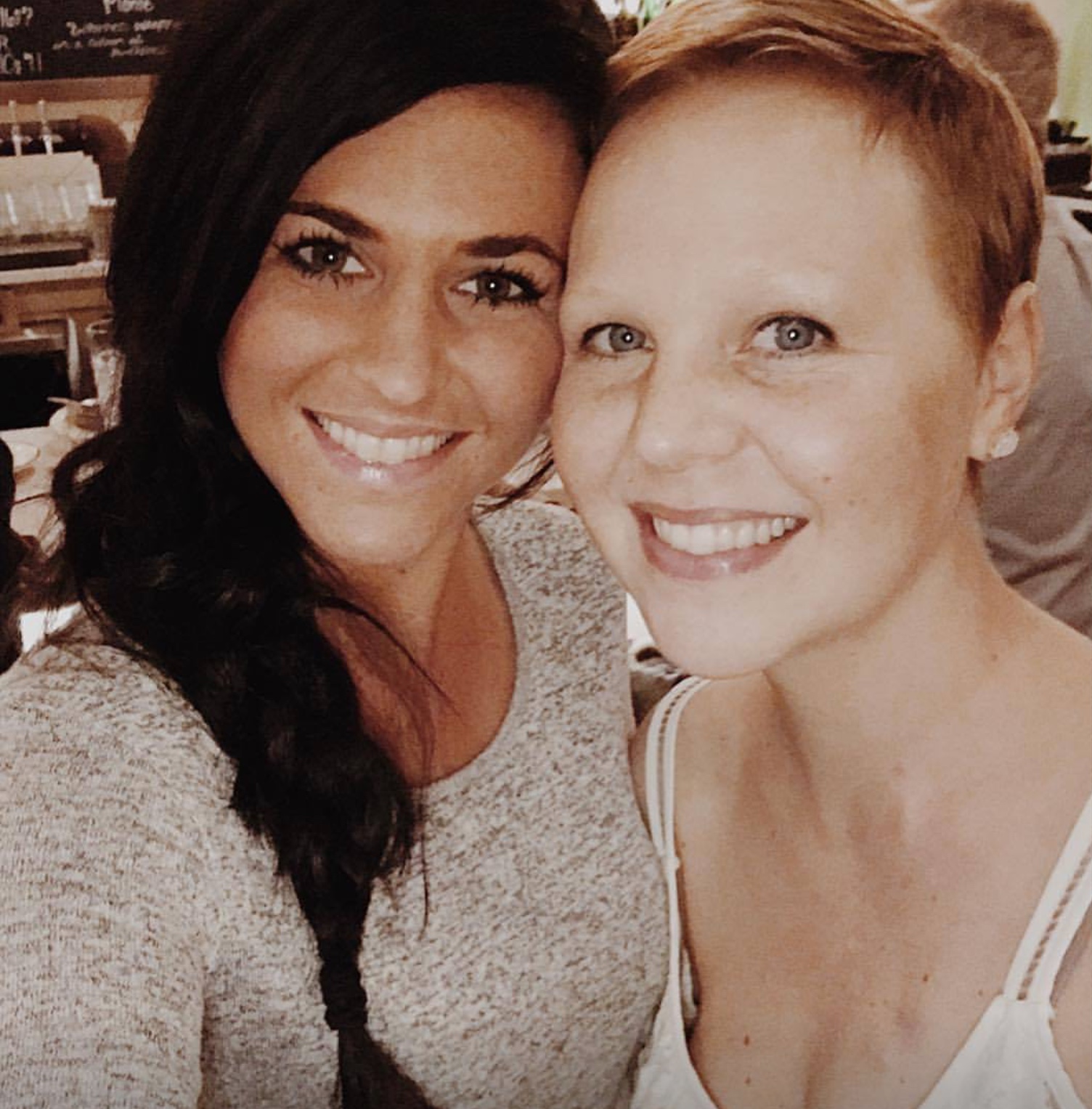 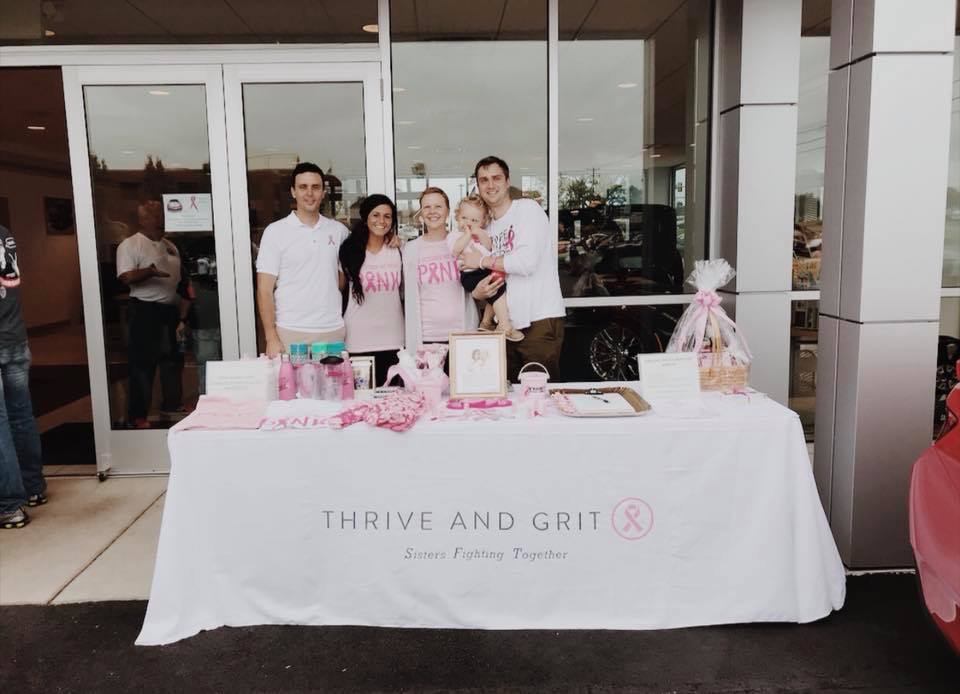 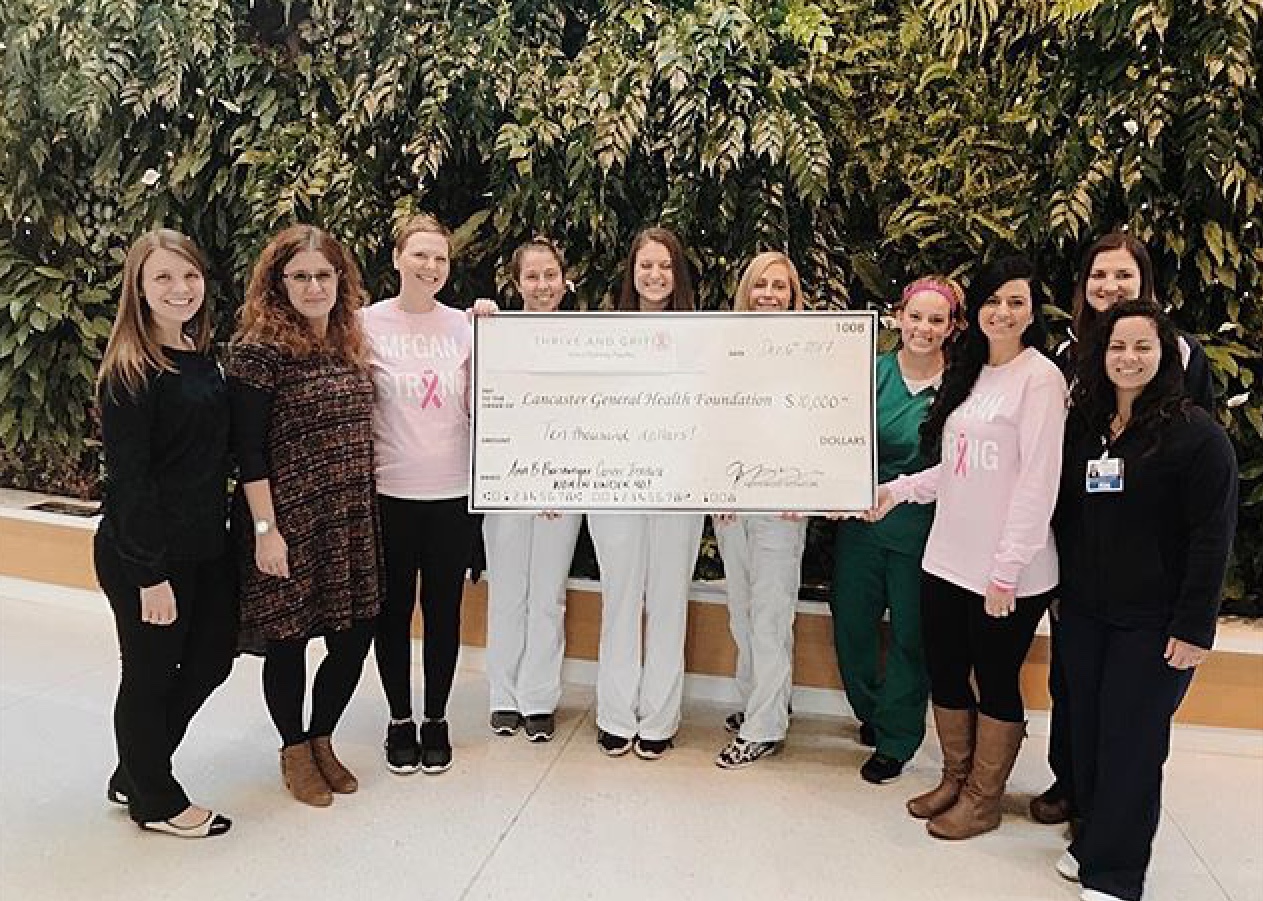 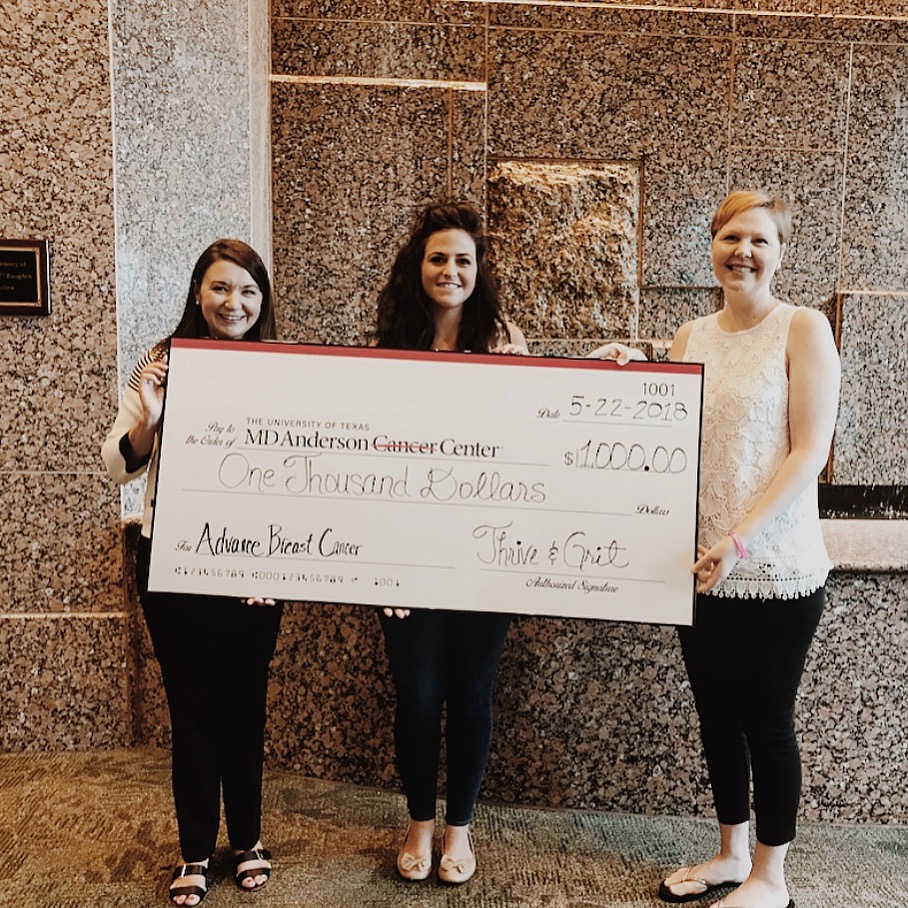 Megan and Jacquelyn are sisters who were born and raised in Lancaster PA.  Megan was diagnosed with breast cancer just 5 days after her 30th birthday in December of 2016.  Only 9 months after giving birth to her beautiful baby boy, her diagnosis is considered pregnancy related. Jacquelyn and Megan both immediately felt a sense of community as so many around them reached out and shared their amazing stories and experiences. They were inspired to help other women by creating awareness, assisting with prevention, supporting those battling, and donating to research.

THRIVE AND GRIT is excited to announce that Megan’s Fund is officially open! In a few short months THRIVE AND GRIT raised over 10,000 dollars to start Megan’s Fund, this Fund will help cover out of pocket costs for women under 40 who need access to early detection tools. Nearly 5% of women diagnosed with Breast Cancer are under the age of 40 and 85% of women diagnosed with Breast Cancer have NO FAMILY HISTORY. THRIVE AND GRIT is determined to fill this gap since most financial programs and insurance companies require women to be 40 years old to receive support.

We would like to thank everyone who has supported THRIVE AND GRIT and who helped us reach our goal, we couldn’t have done this without you! We aim to check every box from promoting awareness, helping women under 40 pay for early detection tools, giving wellness boxes to encourage and uplift women during their battle, to donating to Metastatic Breast Cancer Research.  It takes fight and grit to thrive under overwhelming circumstances. No one fights alone. We are SISTERS FIGHTING TOGETHER.
THRIVE AND GRIT  is a 501(c)3 nonprofit organization. EIN # 82-0901945
To donate directly to Megan’s Fund at the Ann. B. Barshinger Cancer Institute checks can be made payable to Lancaster General Health Foundation, Memo should read Thrive and Grit Megan’s Fund and attention Crystal Mills. The check can be mailed to LG Health Foundation 609 N. Cherry Street 3rd Floor Lancaster PA 17602.
Thank you!